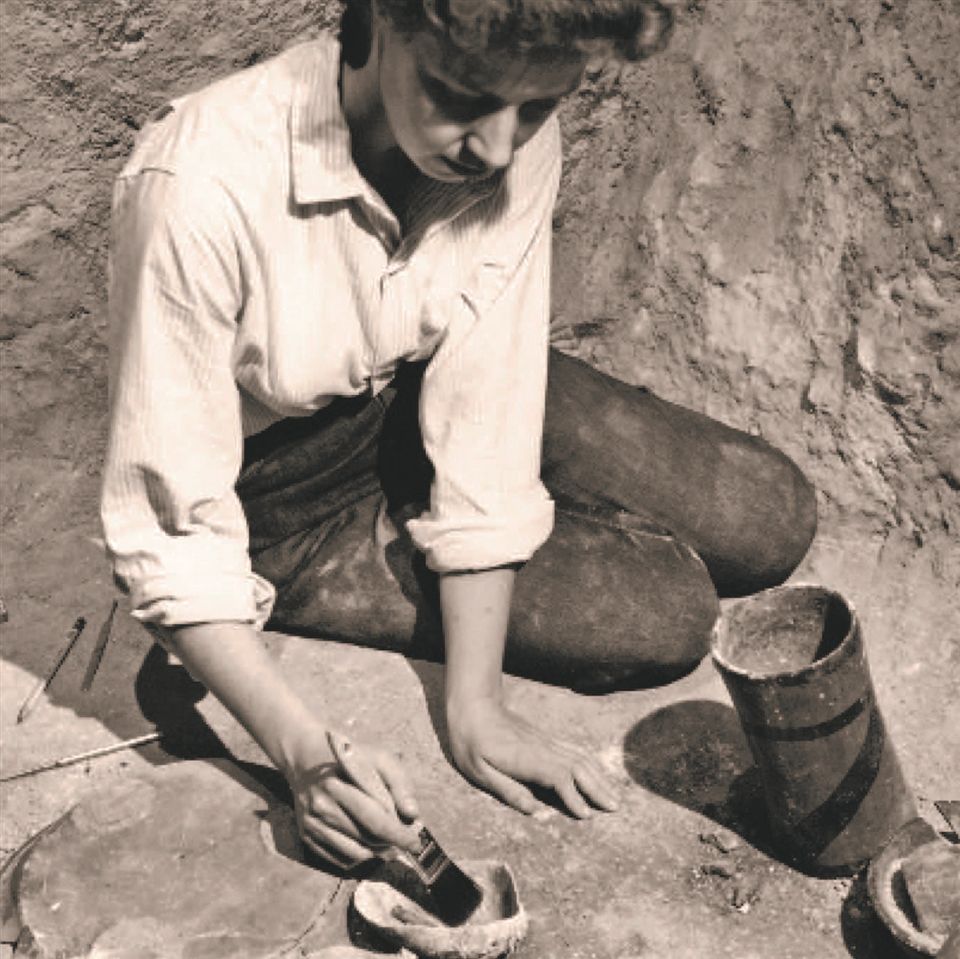 Hattula Moholy-Nagy has focused much of her post-Parker life on archaeology and art. She graduated from the University of Michigan in 1955 with a B.A. in history, then earned an M.A. in anthropology from the University of Chicago in 1958. For many years thereafter she worked as an archaeologist associated with the University of Pennsylvania Museum, spending considerable time in Guatemala. In 1994 she received a Ph.D. in anthropology from the University of Michigan. For the past 40-plus years, she has devoted much time, energy and passion to researching the life and work of her late father, the esteemed artist László Moholy-Nagy (1895–1946). She had two sons, Andreas Laszlo and Daniel Claude Hug, while married to Swiss architect Hans-Ruedi Hug. She has been married to Roger Schneggenburger for 25 years and lives in Ann Arbor, Michigan.

Where did you go to school after leaving Parker?
I didn’t actually graduate from Parker. In 1949 we moved to San Francisco, and I finished high school at James Russell Lowell High School. Lowell was an excellent school, but I attended for only a year and a half. My attachment to Parker has always been much stronger, undoubtedly due to the eight years I spent there, and I enjoy the contacts I still have with my former Parker classmates.
Like most Lowell graduates, I started college at the University of California in Berkeley in January 1951. But that summer my mother moved to New York City, so after a year at Fordham University’s lower Manhattan School of Education, I finished my undergraduate studies at the University of Michigan in Ann Arbor.

Where did life take you after college?
After receiving my M.A., I was able to make a career as an archaeologist, and I have been indeed fortunate to be able to earn a living doing work I love. I first worked and lived for a year in northern Mexico at the site of Casas Grandes, Chihuahua, where I was in charge of the field laboratory. Then I joined the Tikal Project of the University of Pennsylvania Museum (now the Penn Museum), which was excavating the ancient Maya site of Tikal, Guatemala. I was in charge of the field lab, where excavated materials were brought for cleaning, repair, examination, cataloguing and photography. I worked at Tikal for five field seasons, until 1964. It was a wonderful job because I got to see everything. I have published three reports with the Penn Museum on my work at Tikal, as well as numerous articles in professional journals. I am still affiliated with the Penn Museum as a research associate. When I was not in the field, I lived in Philadelphia and worked in the museum’s American Section.

In 1965, I married Hans-Ruedi Hug, whom I had met at Tikal. We moved to Zurich, Switzerland, where we had our sons. I was mainly at home with the kids, but again I was fortunate in obtaining a part-time position teaching archaeology at the University of Zurich. Hans-Ruedi and I were divorced in 1979, and I returned to the U.S. with the boys to finish my Ph.D. at the University of Michigan.

Tell us about your father and the impact he has had on your life.
My father was an artist and photographer, as well as an educator, who founded and directed The School of Design in Chicago, later the Institute of Design, which became part of the Illinois Institute of Technology after his death. He was an admirer of John Dewey and progressive education. My father arranged for my sister Claudia (1936–71) and me to attend Parker on scholarships. Education was a great value in our family. I think that was his main influence on my life, even though I was just 13 when he died and do not have many clear memories of him.
In 1971, both my mother Sibyl and my sister Claudia passed away, which left only me to tend the flame. During the past four decades, I have worked hard to educate myself about my father’s life and work so I can be a reliable source of information. I get inquiries about my father almost daily—from art historians, museum curators, art dealers, graduate students and so on. To facilitate information flow, my sons and I established the Moholy-Nagy Foundation in 2003. Besides being a source for information about my father, we are also planning a catalogue-raisonné of all his work. Because few people I need to see come to Ann Arbor, I have to travel to see them. So research on my father has taken me to many parts of the U.S. and Europe that I otherwise would not have seen. I have also been in touch with some wonderful helpful people who knew him as adults and understood his work better than I did.

How did Parker influence your life choices and perspective?
I had excellent teachers at Parker. I think all were influential to some extent, but among the most important were Miss Greenebaum, Mr. Meyer and Mr. Ellison, who encouraged my nascent interests and inclinations in science, history and anthropology. Another important Parker influence was an awareness of social diversity. I think, in its efforts to be inclusive, Parker was far ahead of its time.
My appreciation of Parker and the education I received there has grown over the years, as I have been able to make comparisons with other schools, particularly those my children attended in the U.S. and in Switzerland.

What are some of your favorite Parker memories?
I loved the Parker traditions: County Fair, the Irish bagpiper, Morning Exercises, the Maypole dance, singing the Messiah at Christmas. I liked the old building with its nooks, crannies and add-ons and the comforting fact that the school was small enough that the faculty and staff knew who you were and looked out for you.

What’s next for you?
My hope is to finish my reporting obligations to the Tikal Project, on the one hand, and organize my father’s estate to the point where I can hand it over to my sons, on the other.