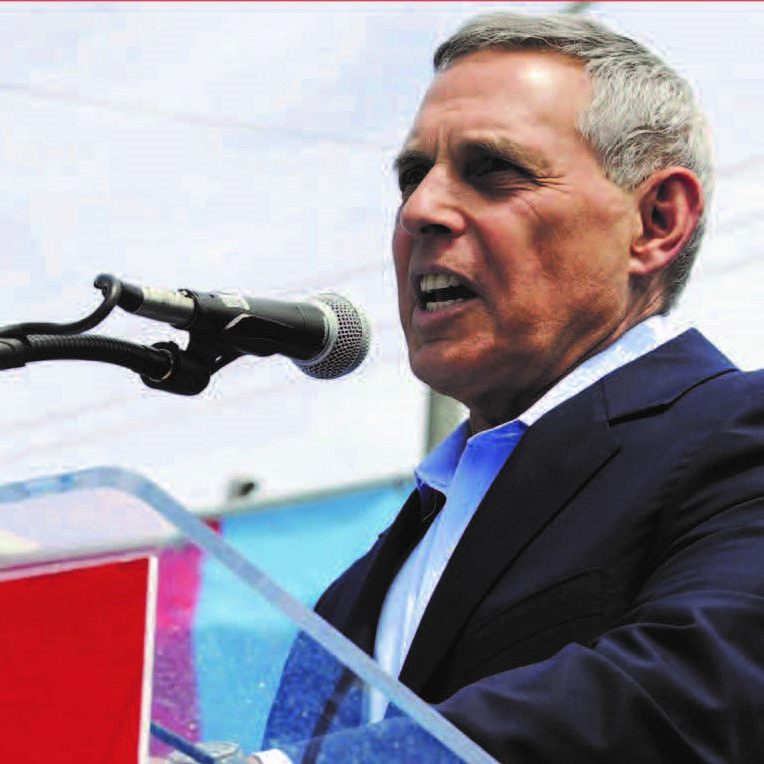 Conway Collis has been a public servant and advocate for social change for more than 40 years. Since 2011 he has been president and CEO of GRACE (Gather, Respect, Advocate, Change, Engage), an organization that develops and seeks to implement comprehensive solutions to California’s child and family poverty, the highest in the nation. GRACE sponsored the Lifting Children and Families Out of Poverty Act, which mandated development of a comprehensive research-based plan to reduce child and family poverty through a Task Force that Collis co-chaired. The package of 18 bills recommended as part of the plan is now being implemented legislatively. A video showing an overview of the work is available here.

Collis graduated from Occidental College in 1970 and from Stanford Law School in 1974. He served as counsel and domestic policy advisor for U.S. Senator Alan Cranston (D-CA) from 1974 to 1978, finance director for the senator’s 1980 re-election campaign and finance director for the U.S. Senate Democratic Campaign Committee from 1980 to 1982. He was elected to the California State Board of Equalization, the state’s primary state tax and revenue agency, from 1982 to 1990, serving as chairman the last four years. He has also served as chairman of the California State Senate Bipartisan Task Force on Homelessness. From 1991 to 2003, Collis was president of a public policy firm that represented local governments, nonprofit housing developers, health systems and environmental groups.

In 2009 he initiated and led passage of a state Medicaid financing system that has generated more than $40 billion for health care for low-income Californians and $10 billion for children’s health care. Collis is a member of the California State Commission on Children and Families and the founding board chair of the National Foster Youth Institute.

What led you to pursue a career in the law? How did you transition to working in politics?
I wanted to attend law school to provide a substantive background for government and politics. While working as a live-in counselor at a home and school for delinquent boys during my first two years in college, I realized the most effective way for me to make an impact on the youth who were in my care, and the larger issues of social justice and equality, was by impacting systemic change through government action. I wanted to attend law school at Stanford in particular because professors there were leaders in the fight for racial and economic justice. I was able to work on those issues as well as administrative controls over police practices and death penalty litigation for both summers during law school.

Would you share a bit about your experience working for Senator Cranston? What did you take away from working on his campaign?
Working on the staff of Senator Cranston’s 1974 reelection campaign led to being recruited to work as a counsel on the U.S. Senate Labor and Public Welfare Committee and domestic policy advisor to the Senator. Working in the Senate was an extraordinary experience. The committee itself was an all-star team of great senators, including Cranston, Kennedy, Mondale, Javits, Laxalt and others. The work confirmed the impact one can have working in government on the domestic policy issues I cared about.

As the senator geared up for his 1980 reelection campaign, I was the campaign finance director and then executive director of the fundraising arm of the Senate Democratic Campaign Committee until I ran for office in 1982. California is the only state with a five-member elected board running the state tax system. I was elected to it in 1982 and was chair for most of my second term. Through that position I was able to help make child care more accessible, address homelessness and eliminate tax policies that supported discriminatory practices.

Working for social change has been a passion of yours for decades. Was there something in your life that caused you to shift gears in this direction?
The ongoing fight for social, racial and economic justice, and for the American Dream to apply with equal force to all, has been the focus of my adult life, and it actually began at Parker. I saw firsthand the prejudice faced by some of my teammates on the Parker football team. It just made me furious. As I gained more experience during college, I began to focus on how to best address these issues in a systemic way.

What have you been most proud of in your work with GRACE?
California has the largest number and highest percentage of children in poverty of any state in the country. Almost 2 million children—more than 20 percent of the children in the state—live below the poverty line, including a third of African-American and Latino children. More than 450,000 of California’s children live in deep poverty—below 50 percent of the federal poverty line. GRACE, sponsored by the Daughters of Charity of St Vincent de Paul, sponsored state legislation—now law—to develop a comprehensive, evidence-based plan to eliminate deep child poverty and reduce it overall by 50 percent in the state. A state task force that I co-chaired developed the comprehensive state plan. A package of 18 bills has been introduced in the state legislature implementing the plan, and I believe during the next year and a half they will all be enacted into law. More than 60 organizations are now partnering with us, and 50,000 individual Californians have joined the effort.

Were there people or activities during your time at Parker that influenced the choices you’ve made since graduating?
I know it is controversial at Parker today but my most formative experience was through football and the lifelong lessons and friendships developed with teammates. The drama program was also one through which I learned a great deal. It was through football that I learned that if you set your mind to something, you could achieve it. That is a lesson that has been of fundamental importance throughout my life. I continue to hope that Parker will reinstate the program. I also hope that Parker moves away from an athletic philosophy in which everyone makes the team and gets playing time regardless of skill and dedication. Parker is a wonderful school, especially in terms of helping to instill values and civic responsibility. The addition of those two measures would enable Parker to provide a more complete and well-rounded education.

What are some of your favorite Parker memories?
Friendships, football games and practice, as well as baseball, Morning Ex, drama and the Senior Play (it was The Oresteia in 1966).

What do you enjoy doing in your free time?
I have been incredibly blessed with a wonderful family, and we enjoy our time together enormously. We are all involved in social justice issues. My wife, Margaret Henry, has been a long time Superior Court judge presiding over a court dealing with neglected and abused children and the foster care system. I am board chair of the National Foster Youth Institute, so we have shared an involvement in that issue and the overall issues of poverty. Our older son, Rocky, was a pitcher in the Seattle Mariners minor-league system, later editor in chief of the Georgetown Law Review, now a lawyer in LA. He has remained committed to working on issues of equality, including as general counsel to the U.S. Women’s National Soccer Team Players Association. Our younger son, Luke, attended college on a football scholarship and has been a quarterback in the indoor professional football league for the last six years. In the off seasons, he has worked at an HIV clinic in Kenya, for labor unions and, most recently, on Stacey Abrams’ campaign in Georgia.