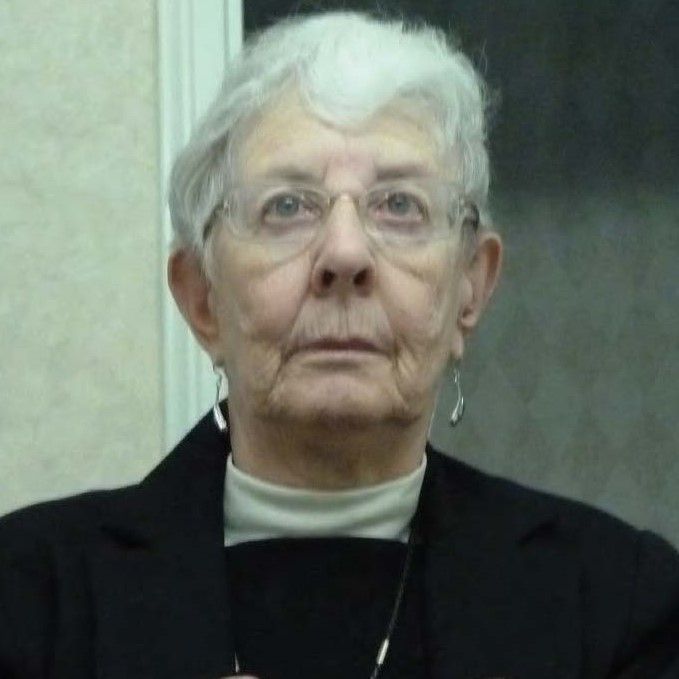 Jo Oppenheimer was a member of one of the first racially integrated classes at Parker. Her early experiences learning alongside students of different perspectives and backgrounds influenced lifelong work championing diversity and equity. She “apprenticed” as a stained glass artisan in New York City from 1965 to 1970 and operated her own studio in Peekskill, New York from 1971 to 1979, where she taught children and adults. While in Peekskill, Oppenheimer was an emergency medical technician and a paramedic in the Peekskill Ambulance Corps, and she also was responsible for the Corps’s fundraising, as the city did not provide any funding. She also was an auxiliary police officer and an elected Democratic District leader in Peekskill. She graduated from Marymount Manhattan College with a degree in psychology in 1982 and earned her master’s degree in clinical psychology from Trinity University in San Antonio, Texas in 1985. That same year, she was licensed as a clinical psychologist in Israel.

Oppenheimer has been an ardent supporter of LGBTQ rights for decades, long before it was a mainstream conversation. She has presented on LGBTQ issues in New York, Los Angeles, Amsterdam, Dublin and other places. While living in Peekskill, she ran groups for lesbians under the auspices of the National Organization for Women.
A proud feminist, Oppenheimer was a founding mother of The Counseling Center for Women in Israel in 1988, emphasizing her work with survivors of sexual abuse and trauma. She became an Israeli citizen in 1989 and worked with HIV/AIDS clients at the Gay Center in Jerusalem. She organized, with the cooperation of the Municipality of Tel Aviv, a two-day conference on incest, rape and sexual abuse that featured art work by survivors in the municipality, as well as panels, poetry readings by survivors and a play written by a survivor. She returned to the U.S. in 1993 and in 1998 completed a three-year program at the Women’s Therapy Centre Institute.

Having shifted her focus to photography in more recent years, she has lived in Brooklyn, New York since 1997. She has a son, David Rosoff.

What did you enjoy about teaching stained glass in those early years?
I taught children from the ages of 10 to 18, garnering apprentices and a high school student who worked with me for high school credit. I taught adults through the Lakeland Adult Education program. The kids were more fun. The wonder when they finished their projects—that made it all worthwhile. It also forced me to break down the how of it because I no longer gave it a thought, having done the work for years. For me, it was learning by doing, a philosophical approach learned at Parker.

When did you first get involved in politics?
I worked for Adlai Stevenson in Chicago back in 1952, the first time he ran for President. In Peekskill I worked for McGovern when he ran for President in 1972. In 1975 I was appointed by the Democratic City Committee to fill a vacancy in District 1. In 1976 I was elected to the Democratic City Committee, and I was reelected in 1978. I was elected to the Westchester Democratic Committee as well. I worked for Bella Abzug when she ran for the Senate Democratic nomination in 1976, which involved working with the party in Duchess County, Westchester, White Plains and Hyde Park. Independently, I organized a fundraiser for Bella, with her permission, with actress Ruby Dee and Mary Anne Krupsak, then Lt. Governor, as drawing cards. Bella contributed a hat, Carol Channing donated a scarf, and David Levine contributed two signed lithographs of Bella. We auctioned all these and other items to raise funds. Radio and newspaper publicity helped, and I successfully convinced the Peekskill Police Department and state troopers to lend a hand for the crowds expected, and come they did.

How did you become a paramedic in Peekskill?
Two other members of the ambulance corps and I sent a series of letters to the director of the Bureau of Emergency Health Services requesting our admittance to the advanced EMT program that was forming. We also wrote letters to the Peekskill Hospital so we could have a connection to the ER and approval from the cardiac unit, which was required. We were finally accepted. I actually have copies of every single letter as part of my Life Portfolio; I submitted them to Marymount Manhattan for a year’s credit, which was granted. Unprecedented, I was told. No one ever received a full year’s credit, but I did. I was in my 40s at the time.

What took you to Israel? How did you come to create The Counseling Center for Women?
My first trip was the Ms. Magazine 10-day tour of Israel, sponsored partially by the Israeli government. We had two buses and, therefore, two women tour guides. Long story short, I brought one of them home. I was living, working and being a paramedic/police officer in Peekskill at the time. I decided to go back to college and grad school so I left Peekskill and moved to New York City to go to Marymount Manhattan College. Ilana and I made a pact: I would have six years to complete undergrad and grad school, and we would then move to Israel. I majored in psychology but chose my courses with the goal of becoming licensed as a psychologist in Israel, which happened when I moved there. During my graduate work, I spent three semesters working at the Bexar County Women’s Center, a feminist organization in Texas.

I met three like-minded women at a conference about cancer in Israel. We started talking about a feminist therapy center. I claim The Counseling Center for Women began in 1986 with the original 10 members using my office space to meet, talk, organize and work as therapists. The Center celebrates another beginning in 1988, so this year is our 30th year of existence and we’re still going strong, now with 28 therapists and the need for more as there is a waiting list of more than 70 women wanting therapy.

What stands out about your time living in Israel?
I lived in Israel for eight years but went back and forth before moving “permanently” from 1979 until 1985 when I made aliyah. I am an Israeli citizen, as well as an American one. The most challenging aspect of being an out lesbian and a feminist was providing information and education not only to the members of the mercaz (our organization) but to therapists outside of TCCW and the public. The attitude about incest, sexual abuse and rape was, “Jews don’t do that.” The second challenge concerned AIDs as Israel had a Minister of Health who denied AIDs or HIV existed in Israel.

What role has photography played in your life?
As a child, I was given a Kodak Brownie. I shot only black and white as color film was frightfully expensive. There hasn’t been a time that I didn’t shoot photos although I did add color to my portfolio. Photography feeds the creative part of me. In 2000, I attended a workshop in Bigfork, Montana where I had spent time during my teens. I met an elder, we clicked, and I continued to go to the reservation, staying with Oshanee and meeting many Salish-Kootenai people. Actually, I plan to drive to Chicago for the reunion and afterwards drive west, photographing as I go to Montana, Utah, Idaho and possibly Washington. Oshanee died but I am still in touch with a number of the Salish-Kootenai Nation.

What are some of your memories about living in Chicago when you were at Parker?
I definitely had challenges! I was dealing with recognizing myself as a lesbian in a society that condemned it, including books. If there were any gay and/or lesbian students in my class, I didn’t know. I spent a lot of time going to movies (17 cents for a double feature, travelogue, cartoon, news). I would go to one set of movies, treat myself to a Wimpy hamburger and go to a second set. The Field Museum of Natural History was a playground for me, as was the rookery in the Lincoln Park Zoo.

What are some of your favorite Parker memories? What was it like being a member of one of the first racially integrated classes at the school?
I don’t think any of us knew we were an experiment. BJ (Betty Jean) Rogers, June Pearson and George Williams joined us in 1944 or 1945. We also had the first Asian, Harold Arai, and the first refugee from Europe. I liked June immediately and we became friends. BJ was tougher to know, and she and I often clashed, but I’ll be damned if I know what about now. We did have a big fight, fists and all, once. It was strange on the one hand but easy on the other. I frequently went home with June during high school and was completely accepted by her parents. I can’t say the same for my parents. June and I doubled dated, running into a problem when we were not allowed to come into a restaurant because June and her date were black (Negro was the term used when I was growing up).

I think the impact of having black classmates impacted me at home more than at Parker. My parents, anti-Semitic with Southern attitudes, were also against black people. So was my Kansas-born grandmother. The irony was that we went to see Satchmo, Ella, Duke Ellington, etc. As long as they were performers and not part of our household (“knowing their place”), black people could be tolerated.

Being a rebel at home, in school and in life, I had to fight against the bigotry that was pervasive in my family.

We’ve heard that you enjoy Broadway musicals. What are some of your favorites?
Carousel—at our graduation in 1953, we sang “You’ll Never Walk Alone,” carrying on a tradition that the senior class chose and sang some song—and The King & I, both of which I have seen more recently again. I’ve enjoyed Wicked and Come from Away. I love plays as well, from experimental to traditional. The love of musicals comes from one of my family traditions: for my birthday, we would go to musicals as they came to Chicago, mostly with the original casts, unlike today. At Parker, I loved doing the backstage work; lighting became a specialty that I carried into college years. I hated performing but Parker insisted everyone have a role, no matter how small.

How else do you enjoy spending your time?
I have written a number of articles/chapters for journals and books. At this time I am trying to put together an article that reflects my work as a therapist. That’s the professional side. On the other hand, I love reading well-written mysteries, and my bookcases overflow with possibilities. Photography is an important component of my life, and I always carry a camera (as well as a book), which is why my “bag” is a huge backpack weighing 10 pounds. I love portraits, especially the elders. Despite the fact that I usually walk using two canes, I try to not let the physical disability stop me in any way. I’m still a rebel.