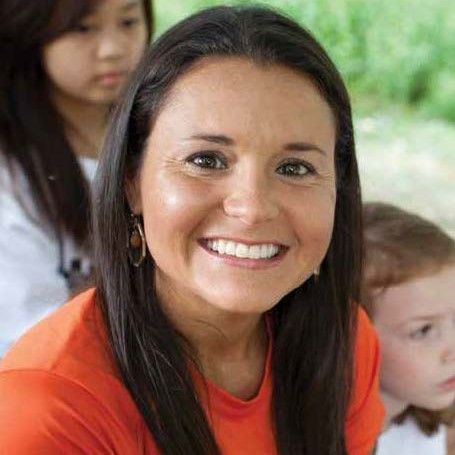 Alicia Gonzalez is the founding executive director of Chicago Run. Helping to launch the organization as its first staff member in 2008, she has built and led Chicago Run to its current size of serving more than 17,000 students in 43 Chicago Public Schools in 28 low-income neighborhoods across the city. Prior to Chicago Run, she served as the head of Hispanic Business Development for First American Bank, where she oversaw the expansion of private-public partnerships in the Latino community. She also held positions as a community organizer and youth development program director in Chicago and Boston. She is board chairman of Instituto Justice and Leadership Academy; serves on the boards of Heartland Alliance Human Care Services, Chicago Life Science Consortium and Enlace Legacy; and is an advisory board member of Good Sports Foundation. She was named one of the 2017 “40 Under 40” in Crain’s Chicago Business and has received the 2017 Roberto Clemente Community Leader Award from the Chicago Cubs; the 2016 President’s Council on Fitness, Sports and Nutrition Community Leadership Award; the “Latina Entrepreneur of the Year (2012)” from the Chicago Latino Network; the “35 Under 35 Chicago Leadership” Award (2009) from the Community Renewal Society; and the “2009 Emerging Health Leader” from the Health and Medicine Policy Research Group. Most recently, she participated in the 2016 Aspen Institute Health Scholars program and the 2016–17 German Marshall Memorial Fellowship program. She graduated from Stanford University Business School’s Non-Profit Executive Leadership Program and was a fellow in the 2013–14 American Express NGEN Fellows Program with the Independent Sector, a fellow in the 2011 Leadership Greater Chicago Class and a fellow in the 2012 Latino Leadership Academy with the Latino Policy Forum. She graduated with honors in Latin American history from Brown University. An avid runner herself, she has completed seven marathons since 2004, including qualifying and participating in two Boston Marathons. She lives in Humboldt Park and, in her spare time, enjoys yoga, hiking, art and politics.

Working directly within a community seems to have been a primary factor in your professional life. Can you talk about why that’s been important to you?
As a young child growing up in Chicago, both of my parents were activists. My father was an arts activist and promoter in his Pilsen community, and my mother was an academic activist at University of Illinois at Chicago. Th­ey taught me the importance of fighting for equality and justice and instilled the value of service. Even though my father was a starving artist, he always gave what little he had to others. It seemed very natural for me to follow in his footsteps and have a career in the nonprofit sector.

How did you come to found Chicago Run?
Penny Pritzker and Bryan Traubert are both avid athletes and also generous philanthropists. In 2008, many of our Chicago Public School students were receiving only an hour of physical education per week. Penny and Bryan believed that running programs would be simple, cost-effective and easy to replicate and could help counter the lack of exercise in our schools at the time. They hired me to launch the organization with their seed funding. I had announced in a newspaper article that I wanted to start a running nonprofit for children and youth, so it was serendipitous that I found out about this opportunity with Penny and Bryan. I was an avid runner and believed that running was a great equalizer with the potential to not only improve health, but also build cross-community relationships in a city that is appallingly segregated.

Why did you believe that running was the right outlet for CPS students?
I believed one of the social justice issues of our day was that our children could not be active and play. Many children in communities where we work have experienced trauma from a young age and are coping with much more than any child should have to. I thought running would provide our children and youth with an outlet to cope with some of the trauma and stress they experience. There isn’t a problem you can’t take with you on a run, and that is always what I tell our kids: “Run it out.” Running has the ability to bring people together, as Chicago Run is not about one’s athletic prowess. We welcome children and youth of all athletic abilities. These are not track and field teams. Our programs emphasize running for social inclusion, team building, youth development and cross-community relationship building. In addition, our middle and high school youth programs infuse community service. That comes from my childhood. I wanted our youth to know, even if they live in a low-income neighborhood, they too can give back, just like my Dad did.

What are some of Chicago Run’s accomplishments that you are particularly proud of?
We have grown the organization by almost 800 percent in nine years, pretty organically. Teachers, principals, students and parents tell others about our programs, and we have had wait lists at times because we can’t keep up with the demand. It’s a good problem to have. I am particularly proud of the solid relationships we have built within CPS. It is not easy to work with the country’s third largest school district, but we have managed to forge close relationships with each school and customized our programs to best suit their needs.

I am also particularly proud of the impact of our programs on the parents and teachers in our schools. Their children have inspired them to get fit and active as well. Many parents, teachers and principals have run on our Marathon Charity Team raising funds for our programs and being healthy role models for our youth.

It all came full circle this past spring when one of our own youth, who started with us in 2008 when he was in 4th grade and went through all our programs until college, decided to run his first marathon for Chicago Run. When I asked him why he wanted to raise $1,000 and run on our team, he said, “I have to give back to the program that gave me so much and built me into who I am today.” Nike, one of our biggest funders, heard about his story and ended up putting him in all their running marketing materials for the fall in Chicago. It was amazing publicity for Chicago Run, but more important, it was one of the greatest days of my life to see one of our youth leaders cross the finish line of the Chicago Marathon.

As you approach your 10th anniversary, what are your goals for the next 10 years?

We have launched a new strategic plan, Chicago Run 2.0, which will expand not only our programs to more Chicago Public Schools, but also our reach to include early child care centers, immigrant/refugee centers and more community-based organizations. Currently, we are serving 17,500 children. Our goal is to serve 30,000 children and youth annually by 2022—ambitious, but we are determined to reach our goals.

How do you think your Parker education prepared you for the choices you’ve made since graduating?
Parker’s environment is nurturing and allows for creativity. I was impacted by AIDS at a young age with the death of a good family friend. With incredible teacher support and the emphasis on community service at Parker, I knew I would have the resources to start a group that worked closely with AIDS/HIVafflicted communities. Many people feared reaching out to people with AIDS/ HIV at the time, but Parker gave me the courage to start this committee, which worked with AIDS organizations across the city. It was my first real stint at community organizing and volunteering in the nonprofit sector. The Parker community was extremely supportive, and we had many students and a few teachers volunteering at several AIDS organizations during my years at Parker. I truly believe I would not have been able to start this group as easily at another school. Parker was open-minded and supportive and certainly encouraged me to make an impact.

Were there individuals or experiences that made an especially strong impact?
In Andy Kaplan’s English class, I read the book There Are No Children Here, which impacted me and confirmed my drive to lead a life fighting to make our communities healthier and more equitable, especially for our children and youth.

What are some of your favorite Parker memories?
I loved being a Big Sister to Greenie’s Senior Kindergarten class. I loved visiting them every week and having time in the Lower School, especially since I never knew the culture of the younger grades given that I started at Parker in the Upper School. I also had a great relationship with my freshman “little sister,” Katharine Loring, who I am still pretty close with. I also always loved County Fair because it brought the whole Parker community together.

As a runner yourself, what has been your personal best?
In 2010, I ran my second Boston Marathon with a broken foot, detached hamstring and high fever. Despite all those ailments, I managed to actually run it eight minutes faster than the previous year, and it was my fastest marathon time at 3:28. I realized that day that it was definitely mind over matter because I was determined to beat my time from 2009 and wasn’t going to let a few injuries stop me. (Of course, in retrospect this was not the smartest idea and I have not been able to run a marathon since 2010, but at least I went out with a bang!)