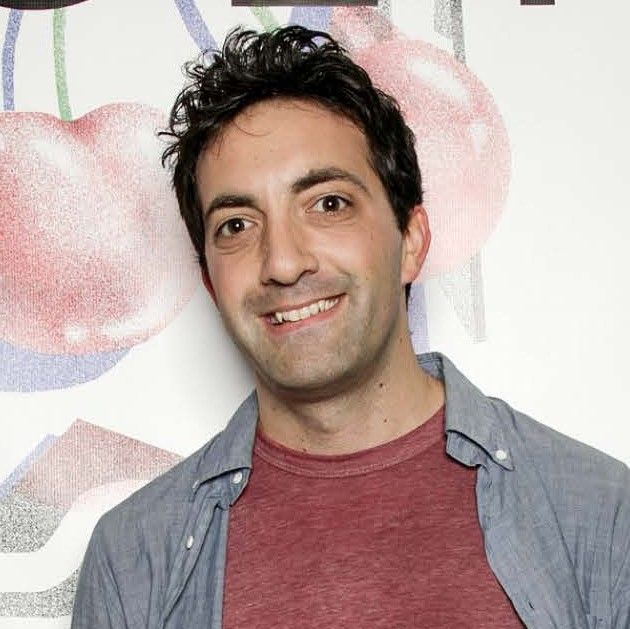 Your honors thesis at Brown was on Thomas Pynchon. Why this particular author?
I chose Pynchon because I found him to be an incredibly talented writer, but his novels were radically different from the (mostly modernist) novels I’d come to think were indicative of great literature. I wanted to understand why a writer like Pynchon would make the literary choices he did—meaning depthless characters, bizarre plots, lots of scientific jargon worked into the prose, etc. As it happened, learning why Pynchon did these things forced me to learn about the roots of the literary and philosophical movement now known as postmodernism. This knowledge, which I obtained in other ways at Brown, has been extremely valuable for helping me figure out what I’ve wanted to avoid intellectually ever since.

How did you benefit from working for The Atlantic?
My internship at The Atlantic right after college was my first (and really only) experience at a serious literary magazine before I started The Point years later. My primary task was to help read through the slush pile of fiction that came in every week, so the first thing I learned was that a remarkable amount of people in America write fiction—maybe more than actually read it! The main benefit was seeing how a place like that operates and watching the process of an article from first draft until it’s ready for publication in the magazine.

What is the Committee on Social Thought? What kind of work are you doing toward your Ph.D.?
I like to describe the Committee on Social Thought as a Great Books Ph.D. program. Some people use the word “interdisciplinary” to describe the program, but one of the professors likes to call it “undisciplined,” which I think is much better. The basic idea is, if one wants to be educated, there’s nothing better you can do than read the greatest things that have been written, in whatever humanistic disciplines, as closely and generously and with as much humility as possible. So in most Social Thought classes you just read one book—Plato’s Republic, the Book of Exodus, Dostoyevsky’s Brothers Karamazov, Arendt’s The Human Condition—very slowly and carefully. After doing this for a few years, you take a “fundamentals” exam on 12 great books of your choice; then you begin figuring out your dissertation, which means finally specializing to some extent. My dissertation is on the fiction writer David Foster Wallace and specifically on the philosophy I perceive to lie behind his fiction.

What prompted you and your colleagues to co-found The Point magazine? What do you see as its role in the publishing marketplace?
The Point began as a series of conversations with two other graduate students in the Committee, Etay Zwick and Jonny Thakkar, at the University of Chicago pub in Hyde Park. Unlike a lot of small magazines that advocate for a specific political or literary agenda, our initial conversations weren’t about “positions” so much as they were about filling some personal and cultural gaps. On a personal level, Etay, Jonny and I were graduate students in a program we really loved, which challenged us to think about our lives intellectually, but at the same time we felt somewhat constrained by the way academia expected us to write. So we wanted to create a space where it was possible to write seriously about ideas and their relevance to our lives—which meant precisely not to write about them academically.

The second gap we wanted to fill was a little harder to pin down. Looking at the landscape of publications we were familiar with, they could be divided into two categories. There were academic journals, which were incredibly intellectually rigorous but paid no attention to writing and connected with a very small audience, mostly other academics already interested in a particular journal’s main topic. On the other hand, there were the esteemed highbrow magazines—The New Yorker, The Atlantic, Harper’s, etc.—which paid a lot of attention to writing and contained articles relevant and accessible to a wide audience. We liked these magazines more than the academic journals, but were not always satisfied with them, either. In a sense, what they lacked was the kind of intellectual rigor the academic journals took to an extreme. In another sense, we felt there was something missing from both the academic journals and the highbrow magazines, which was the (basically Platonic) idea that the point of serious thinking is not primarily to impart information, or to parse language, or to tell a nice story, but to discover how to live.

The name of the magazine came in part from our desire for our publication to always keep in mind this “point” of intellectual—or philosophical— discourse. A second meaning was that each of our essays would itself have “a point”—meaning an argument, meaning it would aspire to be something more than intellectual tourism that addresses all sides of an issue; we hoped instead to challenge the reader with a surprising or unusual argument, which would have consequences (if he/she accepted it) for the reader’s life. Finally, the name came from Promontory Point, a well-known outcropping of grass and rocks on Lake Michigan in Hyde Park, where students from the University of Chicago hang out in the summer. We had spent a lot of time there talking about our plans for the magazine, so it had some personal meaning, and it also represented the University of Chicago culture that was instrumental in shaping the magazine’s sensibility.

The website for The Point says that it was founded “on the suspicion that modern life is worth examining.” Please elaborate on this idea.
I’m tempted to say this makes a good tagline because it’s suggestive in a way that gets destroyed if you try to explain it, but I’ll try anyway. The idea of life being “worth examining” refers to Socrates’s famous assertion that the unexamined life is not worth living. Our line is a response, in a way, to two assumptions that we take to be inimical to The Point’s mission: 1) Life may once have been worth examining, but today is so crass and culturally shallow that it does not reward serious exploration (we might call this the conservative position). 2) “Examining life” in the Socratic, philosophical sense is really an outdated pursuit, which has been superseded by technology, science and TED Talks (we might call this the liberal or “progressive” position).

The Point’s position is, contra the conservatives, there is nothing inherently shallow or “fallen” about modern life, and, contra the progressives, we have not developed better tools for reflecting on our lives since the time of Socrates.

Just briefly, the line also addresses a third group: academics. We would not have ever felt the need to start The Point if we did not believe that academics in the humanities had, bizarrely, given what they are supposed to care about, turned away from the task of examining modern life.

What do you personally most enjoy writing about? Any recent topics that have particularly inspired you?
Most of my writing has been about literature and film, but one of my most enjoyable articles to research and write was about baseball. In general, I enjoy thinking about things that lots of people (including myself) care about but are not always treated as serious topics for intellectual investigation. For a long time I’ve wanted to write a piece on reality TV, although I recognized the challenges I might face in doing so when I gave a talk on The Bachelor a couple of years ago in Hyde Park, and my audience basically walked out.

Were there individuals or activities during your time at Parker that influenced the choices you’ve made since graduating?
Marie Stone, Mary Dilg, Bob Merrick, Amy Hebb, Andy Kaplan, Bill Duffy, Peter Barrett: these were all teachers I had in the Upper School, and they remain towering intellectual models for me. I learned from all of them what it meant to be a thinking person and to engage passionately with a subject, which means they have influenced my choices since graduation at every level. For one thing, it was my Parker education in the humanities that left me wanting so much more than the education I got at Brown, and therefore led me to the Committee on Social Thought, where I’ve once again found teachers who respect literature in the way that Stone, Dilg, Duffy and Kaplan did. I also think it’s fair to say that Parker’s faith in the pragmatic usefulness of knowledge—not in the scientific sense but in the sense that I always felt Parker encouraged us to apply what we were reading or learning about directly to our own lives—lay behind my motivation to start The Point, which is really an attempt to show how ideas are relevant to the everyday lives of our readers.

What are some of your favorite Parker memories?
I have a bunch of traumatic memories associated with being forced to act in school plays when I was younger, but I don’t think any of those would qualify as “favorites.” I’ll never forget doing American Literature with Ms. Stone and American History with Mr. Merrick at the same time in my junior year; both courses were so difficult that at times I wanted to cry, but they both have shaped so much of my thinking about American culture ever since. Plus I remember Ms. Stone telling the class that something I said about Walden was “really smart” and feeling that probably it wasn’t going to get any better than that.

I have so many other great memories from Parker but they’re sort of hard to encapsulate as individual moments. Mostly they involved hanging out on the cat boxes, talking and talking and talking.
How do you enjoy spending your free time?

I watch a ton of television—mostly reality TV (see above). I’m also a fanatical White Sox fan, something I suffered for at Parker!
To be honest, I still have a hard time thinking of most of what I do for school and the magazine as work. I basically get to read and write, which has been pleasurable for me ever since Mrs. Cholden—another teacher who had a profound influence on me—challenged me to become a “great” writer in 5th grade.