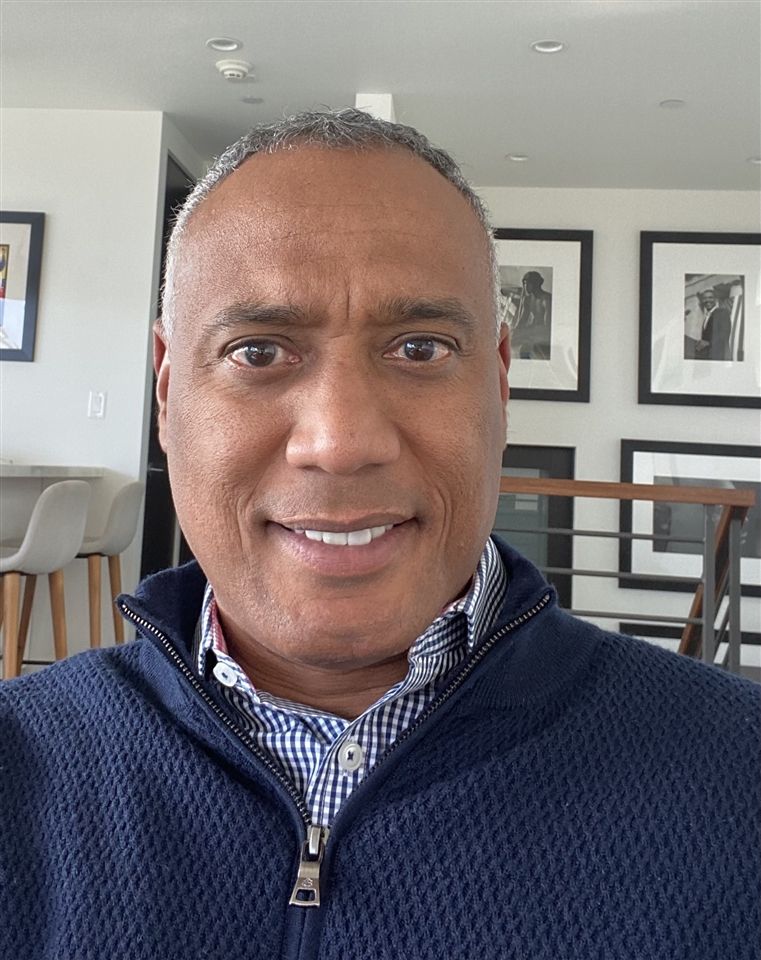 David Rone was recently appointed co-president of Guggenheim Investments and is a managing partner at Guggenheim Partners. He is in charge of the strategic direction and day-to-day management and governance of the firm’s global asset management and investment advisory business. He previously served as president of Time Warner Cable Networks and Time Warner Cable Sports, where he managed Time Warner Cable’s entire portfolio of 37 sports, news and lifestyle networks across the country. He spent numerous years in leadership positions at Fox Sports, culminating in his role as executive vice president of Fox Sports Networks and general manager for Fox College Sports. He is a trustee emeritus of Tufts University, serves as a member of the Advisory Board for Tufts Athletics and formerly served as the chairman of the Advisory Board of the School of Arts & Sciences at Tufts. He also serves as a member of the board of directors and executive committee of the Los Angeles Sports and Entertainment Commission. He holds a B.A. in economics from Tufts University and a J.D. from Northwestern Pritzker School of Law. He has a daughter who is a junior at Amherst College and a son who is a high school senior attending Tufts in the fall.

When you decided to go to law school, did you think you’d like to work in sports and/or entertainment?
Yes, when I chose to go to law school, it was my hope that I could marry my acquired legal skills with my passion for sports and entertainment.
Were their specific events or opportunities that led to your professional development into executive positions in these industries?

What are some accomplishments you’re particularly proud of?

One: I was selected as employee #1 at Time Warner Cable to create the regional sports business—hire a team of what became 325 permanent staffers, envision and create a culture for the business, build a physical plant that manifested that cultural vision, launch two regional sports networks based on the Lakers simultaneously from scratch in 14 months, and launch a third network for the Dodgers 17 months later—which definitely was the greatest professional experience I’ve had so far.

Two: My former wife and I, along with five other families, were the founders of Vistamar School, a very Parker-esque independent private high school in Southern California that is now in its 14th year of operation, and both of my kids are graduates (as of this June).

What inspired you to found Vistamar School?

I live in Manhattan Beach, California, a suburb of Los Angeles. It’s a fairly affluent community, and many people choose to live here because it’s a great place to raise kids with amazing public schools. Because several elementary and middle schools funnel into the public high school, the class sizes are approximately 800–850 per class. Families with children who might enjoy and/or thrive in a more intimate environment with smaller teacher-student ratios are left to pursue other LA-area private/independent school options. Many of those schools are elite college preparatory schools that teach to a very aggressive high bar and position students to compete for acceptance to elite colleges and universities across the country.

The parent group that founded Vistamar felt there was a void in the private school offerings that we could fill with a school that was just as competitive as those schools, with a strong commitment to diversity, supported by the financial wherewithal to allow us to offer moderated tuition to a significant portion of students from all over the LA area. The school would be a fairly immersive community for the students and their families. The curriculum would be geared toward getting the most out of every child, whatever that outcome may be, as opposed to prodding kids to strive toward the same highly aggressive, high-achieving bar solely for elite colleges/universities. Many of these core tenets differentiated us from most other schools. Parker was so right for me, my brothers and our family that I loved the idea of providing a similar opportunity for kids in this area. My commitment was rooted in my Parker experience and a resulting appreciation and focus on education as a game changer in one’s life. I committed to Vistamar when my children were 3 years old and 9 months old, respectively, having no idea whether it would be the right high school option for them, but having complete conviction that it was the right option to bring to the marketplace as a terrific educational offering.

What are your thoughts about the evolution of television news and sports during your 20-plus years in the industry?
The most striking and salient evolution I note is the consumption habits and platforms available to consumers. From the explosion of channel options brought about by cable and satellite TV, to the advent of High Definition television production and exhibition, to online viewing on the Internet and digital streaming including mobile devices. Major entertainment conglomerates like Disney, Comcast, Sony and ViacomCBS had to quickly and significantly pivot to focus on streaming because Netflix, Amazon and Apple were wooing away their customers and ultimately eating away at the profitability of their businesses.

Any good anecdotes to share?
When I moved from my law firm in Chicago to a great job at the Walt Disney Studios in Los Angeles, my friends from high school and college thought it was funny to call my office at Disney and tell my assistant that it was Tom Cruise or Denzel Washington or Julia Roberts calling as a running joke. One day I was supervising the business side of a movie we had in production called Sister Act starring Whoopi Goldberg, and my assistant knocked on my door and said Whoopi was on the phone for me. I of course thought it was another of my friends calling as usual but my assistant aggressively shook her head and said, “No, it's WHOOPI, and she’s NOT happy.” I picked up the phone, and Whoopi immediately laid into me with every expletive you can think of for a full minute without taking a breath, furious at me for not approving the payment of several thousands of dollars for some gold lamé shower curtains she had the production designer make for her home!

How has the pandemic affected your work?
I typically fly 200,000+ miles a year for business from LA back and forth to New York and Chicago. I've taken one trip since March 4, 2020!

Were there activities or people at Parker who influenced the choices you’ve made since graduating?
ABSOLUTELY!! At my 10-year Parker reunion, I was speaking with my classmate Kitty Rosenbluth, who mentioned that our classmate Laura Fox (who could not attend) had recently left her prestigious LA law firm for a great job at the Walt Disney Studios in their motion picture group. Laura and I had been friends at Parker since 7th grade and saw each other during law school when she was at the University of Chicago and would sometimes study at Northwestern’s library downtown. I contacted Laura, and two months later, she was very instrumental in helping me get the job at Disney that started my career in the entertainment industry.

What are some of your favorite Parker memories?
My memories of my years at Parker are so fond and so extensive that it's difficult to highlight just a few. In general, I think of all the amazing friendships I made and maintain to this day (Facebook and Instagram have been wonderful facilitators). I also have such wonderful memories of all the soccer, basketball and baseball teams I played on and the laughs I shared with my teammates.
What do you enjoy doing during your “down” time?
I'm passionate about playing golf and really enjoy playing with my son, who has a 1 handicap (we won't mention mine!).
Anything else you’d like to share?
Attending Parker was a seminal event in my life, and I'm forever grateful for my parents' vision to select Parker and the sacrifices they made to allow my brothers and me to attend.