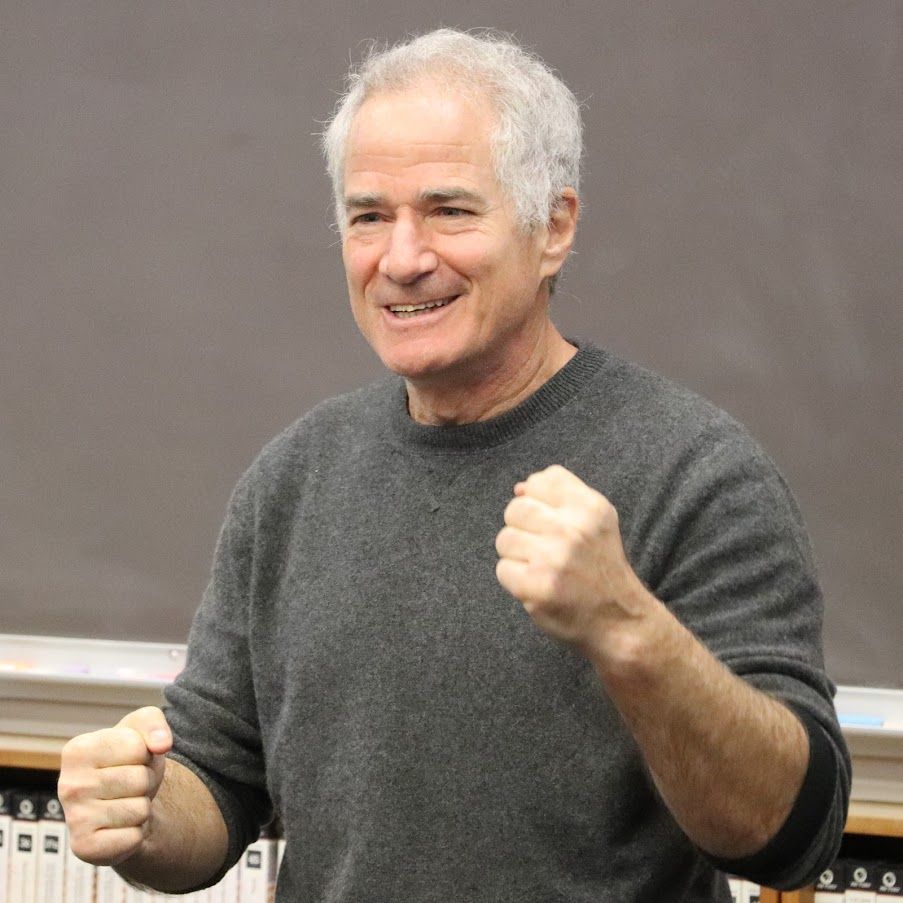 David Farber received his Ph.D. in history from the University of Chicago in 1985. Following a year working on Capitol Hill as a Congressional Fellow, he has been a professor of history for the last 27 years. He writes about the history of democracy in the United States, political culture, social change movements and the role of business in American society. He is the author or editor of 14 books. His first book, published in 1988, told the story of the conflicts at the 1968 Democratic National Convention in Chicago; his most recent is a biography of the “organizing genius” of the early 20th century, the capitalist John Raskob. Currently teaching at Temple University in Philadelphia, he has also held positions at the University of Hawaii, University of Kansas, Barnard College, University of Jakarta and the University of New Mexico. He has lectured around the world, most frequently in Japan. In 1985, he married Beth Bailey, also a professor of history and director of the Center for the Study of Force and Diplomacy at Temple. Their son Max Bailey/Farber is 27 and works as the tribal liaison for Red Cross Emergency Management in New Mexico.

When did you first become interested in history?
My experiences at Parker had a lot to do with it. I remember my U.S. History course in 8th grade. I had a ridiculously combative relationship with the teacher; Middle School teachers should receive educational combat pay. We were assigned to write a long research paper on the civil rights struggle in the United States (which, in retrospect, was a cool thing to do in a history class in 1970). I believed, being a well-read 13-year-old, I had already mastered the story of the civil rights movement, and I saw no point in wasting my precious time following the teacher’s directions. I wrote, instead, about the struggle of Major League Baseball players to fight the reserve clause and so end their servitude to team owners and become free agents. I received a D for my paper—I believe I barely passed 8th grade history—but I got a huge kick out of rethinking the parameters of civil rights history, inventing my own topic and creating a research agenda to explore it. It was a long journey from 8th grade history to being a professor of history, but experiences at Parker, learning how to craft a research question and finding a way to answer it, put me on my intellectual path.

What have you found most rewarding as a teacher?
I’ve been a professor for a long time, but I still love getting up in front of a lecture hall and doing my thing. I think of lecturing as a “live act,” trying out ideas on students to see what makes sense to me and what connects with them. I am partly thinking out loud about intellectual problems I am trying to better understand, like: How does democracy work in the United States? How did the U.S. become so economically successful and at what costs and benefits? What has equality really meant in the U.S.? I try not to give the same lecture over and over; it’s boring for me and I think students can tell when a professor is excited by what he or she is trying to express. I am trying to model for students how to systemically explore a big, complex problem using evidence to support a claim. The content matters, but the analytic work is what’s probably most important for students. I also spend time working one-on-one with undergrad and grad students on their research projects, which I enjoy a lot. Mentoring is and should be a big part of teaching.

What prompted the subject of your first book, Chicago ’68?
A first book, maybe like any other big career first, is a powerful experience. My first book, researched and written when I was in my mid- to late 20s, was a chance to pull together all the things I had been thinking about since I was a teenager. I searched for a capacious subject that would be fun and intellectually exciting and allow me to see what I could do in terms of craft. Democratic practice in the ’60s, as a historical subject, seemed to fit the bill. Once I had settled on democracy in the ’60s, I cast around until I settled on Chicago ’68. I figured knowing Chicago would give me an edge. I was only 11 when the tumultuous 1968 Democratic National Convention took place, but I had gone to Lincoln Park to see the “hippies” and police (parents back then thought nothing of letting their kids wander around the city), and part of me had always wanted to understand better what happened that week. I wrote the book fast (it began as my dissertation), but the publisher held it back for a couple of years until the 20th anniversary of 1968. At the time I was frustrated by the delay, but the publisher was right—the book got worldwide attention. I thought getting reviewed in France, Germany, Israel, the United Kingdom and all the major American newspapers was normal. Wrong. Very wrong.

Do you enjoy collaborating with your wife?
My wife and I met on the first day of graduate school and have been collaborating ever since. Being married to someone in the exact same field is tricky, especially for academics trying to get two good jobs in the same place, something we vowed to do after spending half a year apart when our son was just over a year old. Overall it has been great. We read every draft of each other’s work; having a built-in critic is a real luxury. We wrote one book together, on Hawaii during World War II, which gave us a fund-able reason to spend long periods of time in Hawaii. This summer we’re starting another collaboration, beginning in northwestern North Carolina, where Beth’s father’s family settled in the late 18th century.

In The Rise and Fall of Modern American Conservatism, why did you select Robert Taft, William F. Buckley Jr., Barry Goldwater, Phyllis Schlafly, Ronald Reagan and George W. Bush to profile?
It’s probably a bad career move to admit that writing history is a lot like writing fiction; history is not out there in Platonic space just waiting to be found by the historian. We make up the story. The rules of the history business do state, however, that a good historian has to use the best available evidence to make up his or her account of the past, and we cannot make up that evidence. But putting the pieces together into a coherent and convincing narrative—that part we make up. So when I decided to write about the making of modern conservatism in the United States, I thought it would be intriguing to choose a limited number of figures to explain a complicated, decades-long process. It was a genre challenge as well as an intellectual challenge. As to whether or not the device works, I guess people can pick up the book (nicely discounted on Amazon) and decide for themselves.

Why have you lived in so many different places?
Ever since Paul Marvine (’74) and I rode our bikes solo around Lake Michigan the summer after 10th grade, I’ve loved to travel and explore. So part of the reason my wife and I have been all over the place is for the adventure. Starting when our son was a year old, we almost always spent a month or two every year in some faraway place, mostly in Asia. Usually, we’d work every day for several hours and then feel free to goof around. Being an academic has its advantages. We had a lot of family fun, though our son Max, often left to his own devices, picked up all sorts of fascinating parasites. Our moves from university to university have been partly based on itchy feet but it has also been a matter of practical economics and career opportunities: universities will occasionally try to lure professors away, so if the offer is right for both of us, off we go.

How did Parker inspire your choices since graduating?
I really enjoyed my six years at Parker. I had a lot of teachers who made a massive difference in my life. My 11th grade English teacher, Sharon Franco, was awesome. She was willing to laugh at my endless attempts to be funny but also demanded that I actually try to write with discipline. History teacher Bill Ray insisted that we look at the history of the United States critically but not as cynics. I think that’s difficult to convey to bright teenagers. Finally, Barr McCutcheon was a genius who made math light up the world. I still think about his units on leaky tubs and street grids. My classmates were a challenging bunch, and we kept each other on our toes, sometimes in unexpected ways. One of my most memorable peer experiences came in physics class. My lab partner was an undersized kid named Steve Gore (’74)—today a renowned professor of oncology at Johns Hopkins—and he inadvertently taught me a spectacularly important life lesson: there were people who were way smarter than I was. To make a good life, I was actually going to have to work hard, not just glide by on being clever.

In the 1970s, Parker was a place alive with passion and fun and creativity. I remember in my first year of college, after talking to lots of kids who’d gone to a variety of schools, how lucky I felt to have gone to Parker—and also how well I was prepared for college academics and college life. Thanks to a 44-year friendship with Dan Frank, I visit Parker regularly, and while I get lost wandering through the much-expanded campus, the school feels charged with the same energy and the sense of possibility I remember so well.